The documentation is at https://gitgraphjs.com.

The documentation recommends installation via:

where @gitgraph (as opposed to just gitgraph) is v2 of the library.

However, usage directly in a web page via a CDN is also possible, to bypass installation.

The basic structure of the web page is given as: 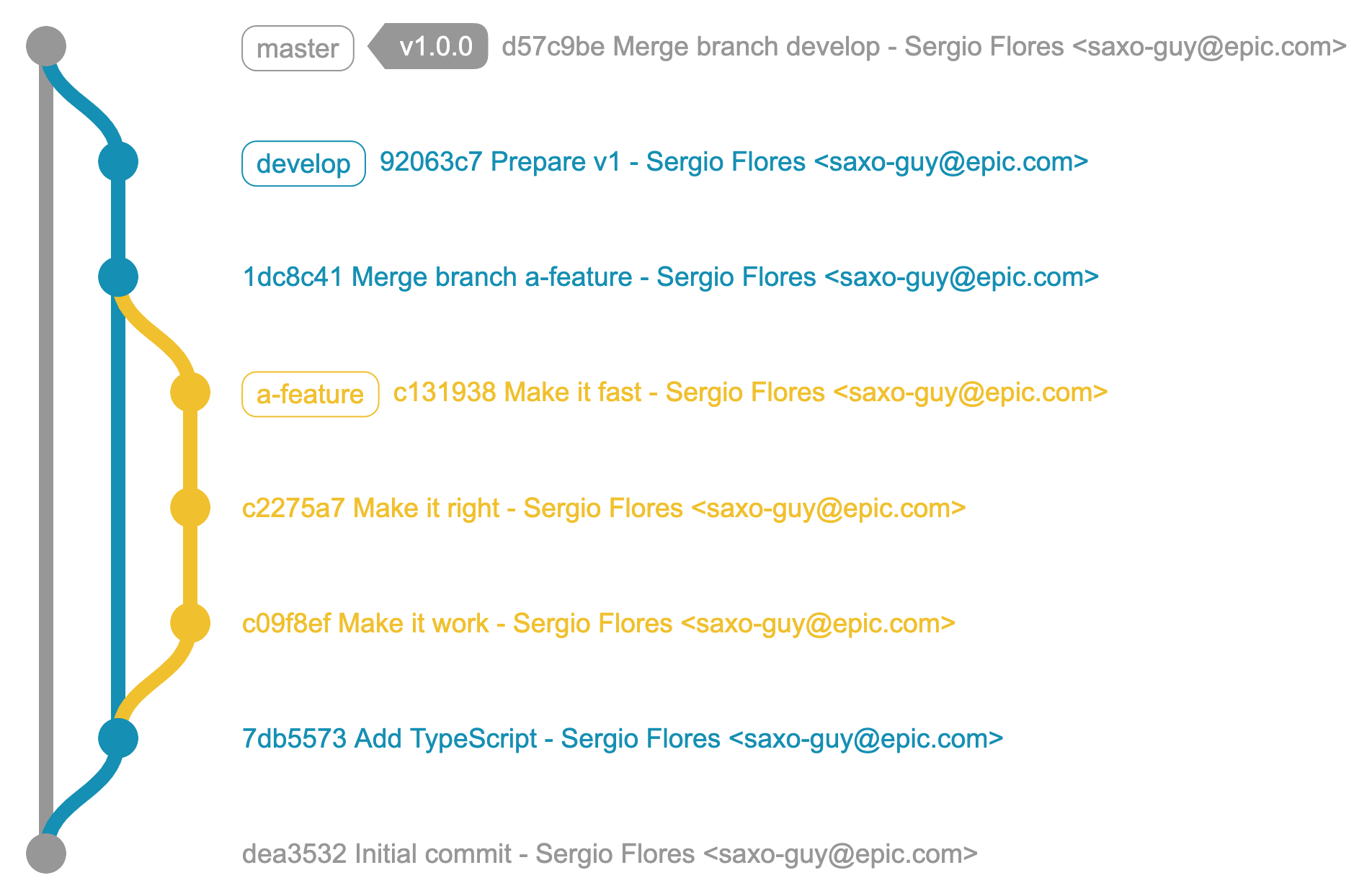 Note that random commit hashes are generated automatically when the page is rendered, so when you refresh the page they change.

Use in presentations rather than on web pages

For importing into presentations, the simplest way seems to be just to take a screenshot, which is clunky but still beats drawing the graph by hand in PowerPoint or Keynote. There's probably a way to capture screenshots automatically using Selenium, which is the way the Python plotting library Bokeh seems to do it.

There is a template index.html which can be viewed directly in a browser:

or served by a web server:

GitGraph.js code in a Reveal.js presentation

Getting the GitGraph.js image to render correctly is slightly convoluted, or at least this way that I hacked around is; there might be better ways.

and then renders the graph in that node of the DOM using some JavaScript:

If you just put the named div element inside one of reveal.js's <section>...</section> constructs, which define slides, the graph doesn't render. This has to be done explicitly.

Reveal provides a data-state attribute that can be added to a section element, which causes an event to be triggered when the slide in question comes up. An event listener can be added which listens for the value given to the data-state attribute, and executes some action upon receiving it. The end result of this is that some custom code can be executed when the slide in question comes up. If the GitGraph code is encased inside a named function, the custom action can be to call this function, and hence render the graph.

and then the definition code for the graph we want to render:

which is the same as the example code in the GitGraph.js template index.html, except enclosed in a function definition.

Finally, the initialisation step for the reveal presentation looks like this:

To add multiple graphs, I just: