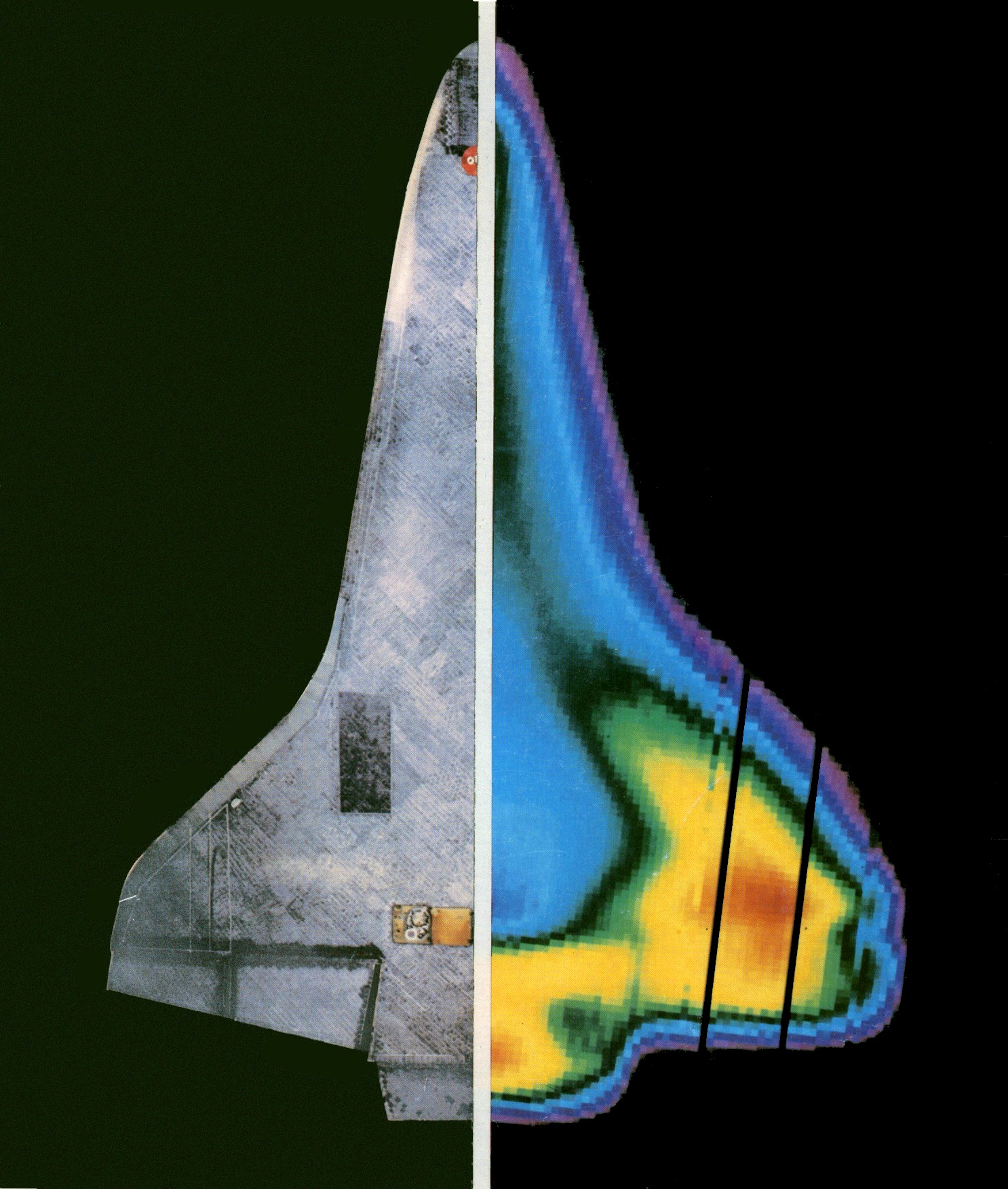 We can understand a lot about the properties of thermal radiation from thought experiments, in particular by considering a hollow enclosure of any shape, whose walls are opaque to radiation and which are held everywhere at a constant temperature. The inner surface emits thermal radiation, and therefore the interior space is filled with a radiation field. The walls also absorb radiation. If at a particular time a small volume \( dv\) of space around a point \( P\) contains an amount of radiation \( Q\), then the quantity \( Q/dv\) is called the energy density at point \( P\). We can show that the energy density in a constant-temperature enclosure is independent of the nature of the walls of the enclosure, and depends only on the temperature of the walls.

First, imagine two such containers, \( A\) and \( B\), with the same wall temperatures, but in which, for some reason (e.g. the material of the walls perhaps) the energy density is different. It is higher in \( B\). 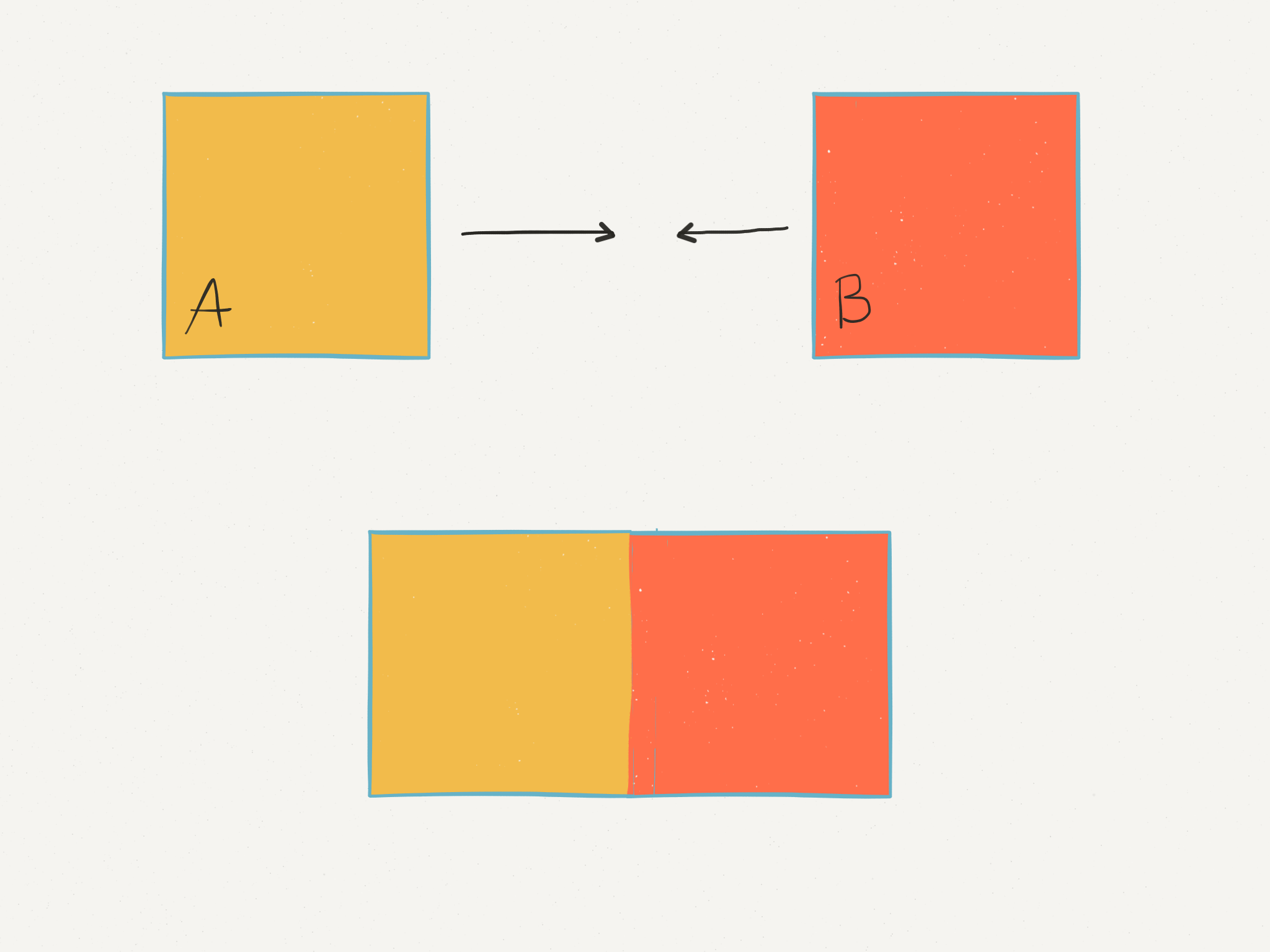 The result also applies to the energy density in any restricted range of wavelengths,  between \( \lambda\) and \( \lambda + d\lambda\). If, when we first conjoin the two enclosures, instead of simply removing the interior walls we replace them with a screen that is transparent to radiation only in the wavelength range of interest, then the situation is the same. Therefore not only must the total energy density be the same in the two enclosures (if their wall temperatures are the same), but the energy density in any given range of wavelengths must also be the same; i.e. the energy in both enclosures must have the same spectrum. This spectrum is called the Planck spectrum or the black-body spectrum, and is evidently a function of temperature only.

Knowing this, we can determine that, if a new body is inserted into a constant-temperature enclosure of the kind discussed earlier, then some amount of radiation, \( dQ\), will be incident on each unit area in each unit time, and an amount \( a_\lambda dQ\) will be absorbed. Since the nature of the walls of the outer container cannot have any effect on the density or spectrum of the radiation inside the enclosure, then the body cannot either; it must be in equilibrium and the emission per unit area per unit time - \( e_\lambda d\lambda\) - must equate to the absorption. Hence:

The ratio of the emissive to absorptive power for radiation of a given wavelength is the same for all bodies at the same temperature.

A way of clarifying this is to compare two different bodies, placed separately in the interior. The body discussed above, has equilibrium state:

but if this is replaced with a different body having different surface properties \( a_\lambda'\) and \( e_\lambda'\), then the new equilibrium state is:

The ratios \( a_\lambda/e_\lambda\) and \( a_\lambda' / e_\lambda'\) must clearly be equal. Alternatively, you can think of a body inside and therefore in equilibrium with one enclosure, being instantaneously transferred to a different enclosure at the same temperature, and arrive at the same conclusion again.

One interesting consequence of the fact that:

is that a stronger absorber (larger \( a_\lambda\)) is also a stronger emitter (larger \( e_\lambda\)), at a given temperature and for a given wavelength of radiation. In fact a perfect absorber, for which \( a_\lambda = 1\), and which we therefore refer to as a black body, also radiates as intensely as it's possible to do so under the given conditions; so it is also sometimes called a full or perfect radiator.

A black body is a theoretical construct - a substance like lamp black is an excellent but not perfect absorber - but one way to approach a black body very nearly, is by constructing a sealed enclosure with only a small hole through the walls. Radiation incident on this hole has a very tiny probability of escaping again (i.e. by being reflected off the interior walls) as long as the hole is small in comparison with the dimensions of the enclosure; therefore this system acts as a perfect absorber or black body.

Since the radiation in the interior of any constant-temperature enclosure has the intensity of black-body radiation, then another way of expressing Kirchhoff's law is that:

(Recall that the absorptive power is just a number between 0 and 1). This ratio is also called the emissivity, or absorptivity.